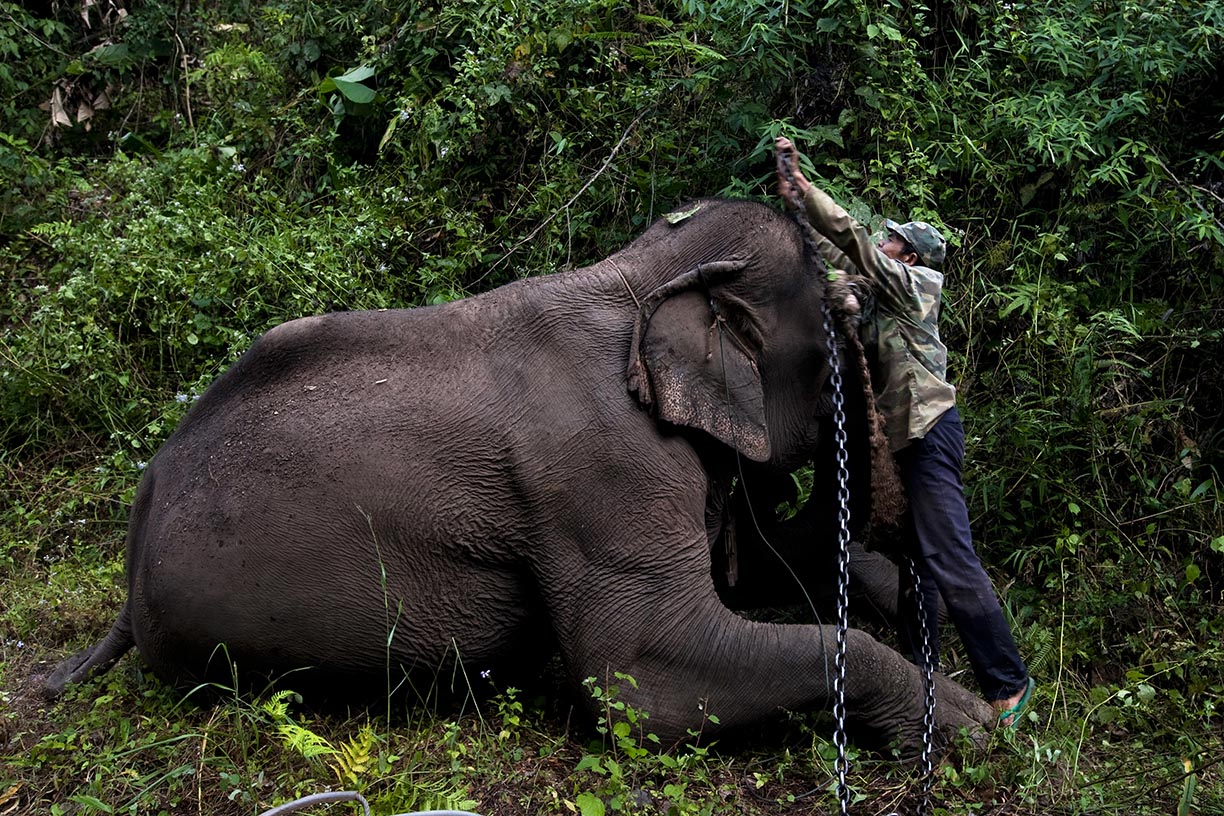 
A mahout prepares his elephant for a day of work logging in an area near Honga in Lao PDR. Lao People’s Democratic Republic (Lao PDR), a country once named Lan Xang or ‘the land of one million elephants,’ has long had a strong historical and spiritual bond with the elephant. Nowadays approximately 10,000 people live on the income generated by domesticated elephants primarily in the logging industry. Sadly these elephants contribute to the destruction of their natural habitat. Lao PDR, a mountainous, poor, and sparsely populated country has had its forest cover reduced to 40% by commercial logging.

The country is also seeing its elephant population plummet at an alarming rate. Traditionally elephants from wild populations were captured and domesticated by skilled mahouts. In the past, elephants were employed two or three hours a day to bring rice from the harvest, to carry firewood and to help build houses. Now they are employed in logging camps and typically work at a furious pace of eight hours a day. The elephants are overworked, exhausted, isolated from each other and therefore do not reproduce.  For every 2 births there are 10 deaths among the domesticated population and if this trend remains unchanged, domesticated elephants are likely to disappear by 2060.