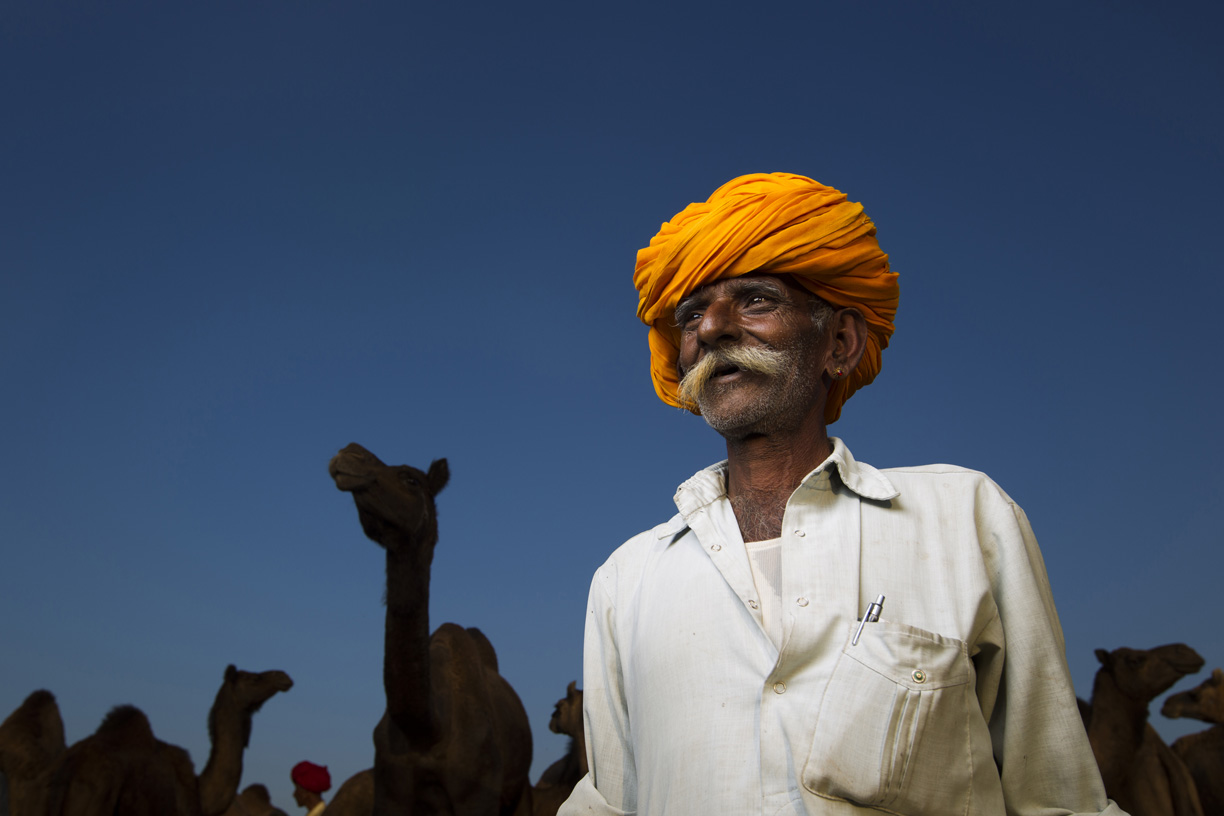 
A camel trader poses for a photo in Pushkar. Each year at the time of the Kartik Purnima full moon, Rabari and up to 20,000 camels descend on the sand dunes surrounding Pushkar to take part in the world’s largest camel fair. The Rabari, a tribal group found in India's Rajasthan State, historically were guardians of the camel. An emblem of Rajasthan, the camel symbolizes love in folklore, and ownership once signaled status and wealth. The camel was used in warfare by the Maharajahs and played an important role in desert communication, transportation and trade. The Rabari way of life is becoming increasingly difficult as they are losing access to grazing lands which they used for centuries on seasonal migrations. Over the past decade the one humped camel has has experienced a decline in its population, estimated to be about 50%.